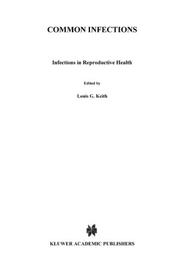 Ion beam mixing effects in metal/insulator systems have been investigated for a few metal/Si02 couples irradiated with different ions, with particular attention to Author: G.

The existence of a minimum direct band gap was demonstrated and its variation with the temperature was studied by means of a three‐parameter thermodynamic model and the Einstein model.

The electrical and optical properties of FeSi2 structures produced by ion beam synthesis (IBS) are investigated. Above K both α and structures display good Schottky diode characteristics. Structural and optical properties have been investigated for surface beta-FeSi2 layers on Si() and Si() formed by ion beam synthesis using Fe ion.

β-FeSi 2 /Si light emitting devices (LEDs) have been attracting great interest since the first successful demonstration of an ion beam synthesised (IBS) device operating at a wavelength of μm.

We report here on a study of the electrical, electronic and optical properties of devices produced by Fe implantation into epitaxial silicon layers. Cobalt silicide layers were formed in Si and Si 1-x Ge x /Si heterostructures by using ion beam synthesis (IBS) at specified regimes and conditions.

Effect of the type of the initial target and its temperature during implantation on the phase composition and structure of synthesized layers were investigated. A continuous buried β‐FeSi 2 layer was obtained by implantation of keV Fe + ions into Si() wafers at elevated temperature.

During the subsequent rapid thermal annealing at °C for 10‐s, a continuous buried layer of the metallic α‐FeSi 2 phase is formed. During the second annealing step at °C, the α phase is completely transformed into the semiconducting β.

After the implantation, the samples were subjected to rapid thermal annealing (RTA) at  °C. The analysis of SiC films obtained by carbon ion implantation into amorphous Si (preamorphized by Ge ion implantation) has been performed by infrared and Raman scattering spectroscopies, transmission electron microscopy, Rutherford backscattering, and x‐ray photoelectron spectroscopy (XPS).

DiagonalBarcelona, Spain. Thin layers of cobalt disilicide have been produced by ion beam synthesis and their properties determined via electrical measurements and Rutherford backscattering. Thicknesses of the silicide layers depended on the ion dose and ranged between and A.

The silicide layers were highly conducting with some sheet resistivities below 1Ω/ corresponding to resistivities of. The exchange interaction in metal/semiconductor interfaces is far from being completely understood.

By transmission electron. The ion beam was generated by a transformer-coupled plasma ion source ( MHz) with a focusing triple grid extraction system with an opening diameter of 10 mm.

The sample holder was attached to a five-axes motion system allowing a deterministic movement in front of the ion beam.